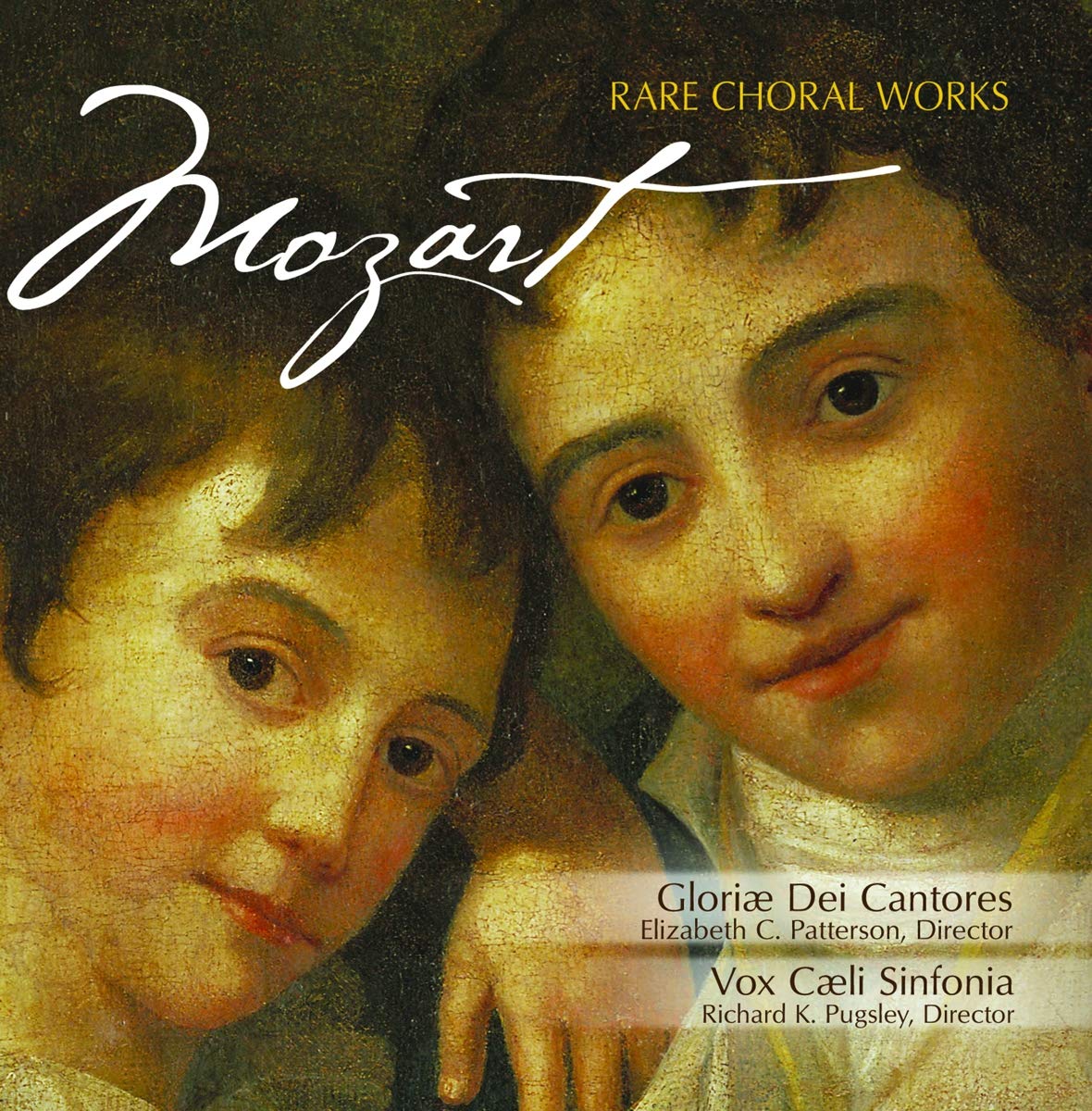 The year 2006 marks a major musical anniversary with the 250th birthday of Wolfgang Amadeus Mozart. The world has enjoyed the genius of Mozart through his symphonies, operas, chamber and piano music. In addition, his Requiem, left incomplete at his death, remains one of the most beloved of sacred choral works. Now, GloriÃ¦ Dei Cantores presents a rare look at a side of Mozart that is not so well known: his contribution to music for the Church. Included in this recording are two rarely heard major works of great beauty and invention: Davide Penitente K. 469 and the Litaniae de venerabili altaris Sacramento K. 243. Also included are a further litany, several motets, and two of the famous church sonatas for small orchestra and organ, giving a rounded picture of Mozart, the sacred musician. Mozart: Rare Choral Works will be a profound experience for the classical music lover and for those who are interested in the sacred side of one of the best-loved composers of all! time.

This is a useful collection of rare choral works by the composer whose 250th anniversary occurs this year. . . . This version fills a significant need. The fine performances are enhanced by the acoustics of the new church at the choir's home. Of the soloists, Christine Helfrich is outstanding in K108 and the closing movement of K243. This is a well-thought-out collection, a useful anniversary issue. J.F. Weber --Fanfare January 30, 2007"br""br"An important anniversary year of a famous composer always brings out recording projects that purport to offer something unusual or rare or somehow different from the mainstream releases. Of course, many don't live up to their billing, or worse, fall short in purely musical value. This is one of the more successful and thoughtfully programmed collections to appear so far in this "Mozart Year", and although many of the works featured have been recorded multiple times--and quite well--the high quality of the performances here, and the presence of the truly and inexplicably "rare" oratorio Davidde penitente, makes this set a very attractive and musically satisfying listen. Of course, not everything here is top-drawer Mozart--several of the pieces are relatively early works--but even the second-tier pieces readily reveal the trademarks of genius, whether in the orchestral writing (the tidily scored Regina coeli K. 108, from 1771), the mastery of polyphony (Misericordias Domini), or, of course, in the unsurpassed melodic invention, evident throughout, from the earliest to latest compositions. What's interesting is how you can pick up compositional devices in works Mozart wrote in Salzburg in 1771 that are still recognizable in his last choral pieces written in Vienna 20 years later. As mentioned, the performances are very good, especially the finely executed, energetic, vibrant choral ensemble singing and the equally dynamic and tightly-knit orchestral accompaniment, expertly conducted by Richard Pugsley. In these areas, there are no weaknesses. . . the choral singing is really terrific! . . . richly rewarding, generously programmed CDs. That said, it's wonderful to have a new and very solid performance of Mozart's Davidde penitente. A reworking of music from his unfinished C minor Mass, with some additional original material, this 45-minute piece (with libretto by da Ponte) features some very impressive solo and choral music, including some challenging, operatic-style arias. Although it's labeled an "oratorio", it doesn't have the depth and cohesive dramatic import of the genre's great masterpieces by Haydn or Handel. Nevertheless, this performance, with some nice contributions by soprano Kathy Schuman, is a highlight--and the work absolutely deserves respect from today's choirs looking to celebrate the best of Mozart's vocal music. The recording, made in Gloriae Dei Cantores' home venue, the Church of the Transfiguration in Orleans, Massachusetts, is expertly engineered, offering realistic, detailed choral sound, properly balanced with the orchestra, in an acoustic that's warm yet enhanced with an enlivening resonance--ideal for this music. This is a set that should prove attractive to all Mozart lovers, especially valuable for its gathering together of rare works of real merit rather than rarely recorded works that should remain so. This is a real treat--an ambitious and justly rewarding addition to the Mozart recording catalog. David Vernier --ClassicsToday.com March 3, 2006

''Exciting is the only word I can use to convey what I heard....TheÂ ViaticumÂ comes off extremely well in this recording...Regina Coelis a festive piece and Gloriae Dei cantores and Vox Caeli Sinfonia are certainly festive when need be...I can say this version is right up there on my list. In theÂ Sancti Maria, the soloists and chorus come together beautifully to bring out the touching prayer to St. Mary...If you do not have the oratorioÂ Davide PenitenteÂ in your collection, what an opportunity you have here. Notes include full text and English translation...I can boil this entire review down to three little words for you. BUY THIS SET!! Underrecorded works in excellent interpretations.'' --Dennis Pajot, MozartForum.com